Please be aware that all parking spots on campus (other than the visitor pay lots) require a parking permit.

If you are visiting the 1911 Building for advising or a short meeting (2 hours or less), the metered parking on Hillsborough Street is a simpler option. It is $0.25 per 15 minutes, up to two hours. Quarters and Visa/MC are accepted. If no spaces are available, the Logan Court Parking Lot (not operated by NC State), is accessible off of Logan Drive, behind Bruegger’s Bagels. It is $2 per hour, or $10 for all day. The machine accepts quarters, bills, and Visa/MC. It does NOT give change, however.

On campus parking is free after 5:00 PM and on the weekends.

Paid Parking on Campus for Visitors 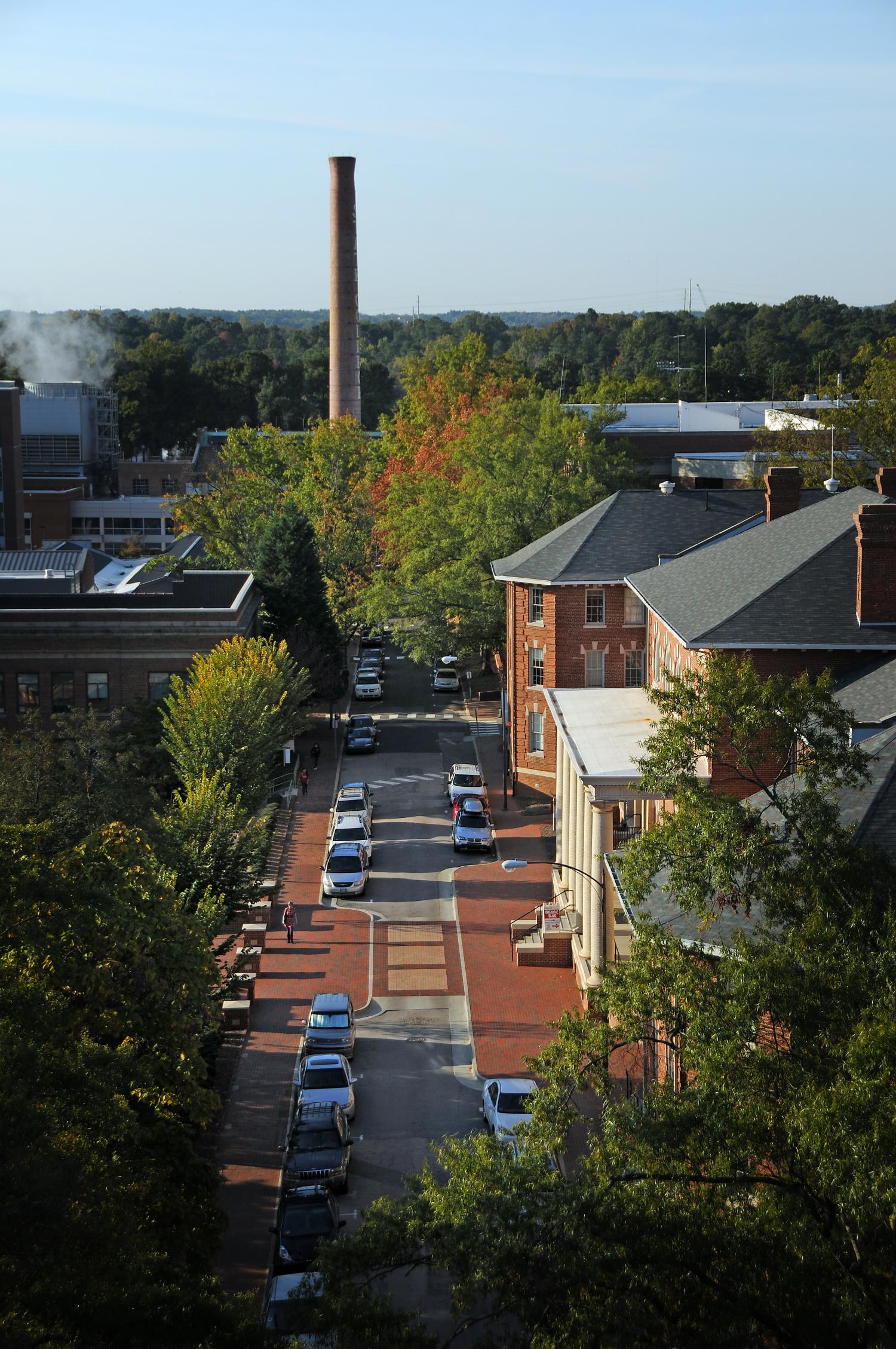 The Victorian building with a broad Doric verandah (the cream-colored columns are made of brick) had a total area of 45,008 square feet. Originally, it was the largest dormitory in the South. The Class of 1911, which effectively banned the practice of hazing new freshman, impressed faculty members to such a degree that the new dormitory was named in its honor.

When freshmen entered NC State in 1907, it was a popular practice throughout American campuses for upperclassmen to harass new students through rough discipline and humiliating initiations. Tired of the stunts, the Class of 1911 challenged all of the sophomores "to align themselves on opposite sides of Red Diamond [Pullen Park], and at a signal, lunge at each other with weapons limited to bare fists." The confrontation relaxed much of the tension for the rest of the year. In addition, the Class of 1911 vowed never to haze students, and observed their promise, causing a "landmark in the history of the college."

Class officers who participated in the achievement were President O. M. Sigman, who died in W.W.I; Vice-President J. W. Rollinson, who later worked with the Savannah Electric and Power Company; Secretary-Treasurer E. R. McCracken Graham, a textile specialist with the U.S. government; Historian J. P. Quinerly Grifton, a farm agent with the Agricultural Extension Service; and Poet J. M. Beal, later professor of botany at the Universities of Mississippi and Chicago and chairman of the board of Encyclopedia Britannica.

Constructed as dorm for 130 students; originally one of the largest dorms in the South.

Various offices move in and out of 1911 Building, including Industrial Education, career counseling, purchasing, Foreign Languages and Literatures, and the Sea Grant program.